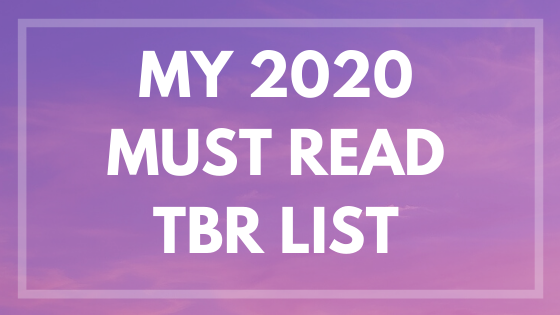 I will totally admit that I make one of these lists every single year and then never actually end up reading the majority of the books on that list. However, this year I really plan to try and be the adult that I am and finally knock some of these titles off of my TBR. Some of these books have been sitting on my shelves gathering dust for years, while others are newer releases that I had been anxiously waiting for but still haven’t picked up yet. Why do I do this to myself you ask? I honestly have no idea. Maybe it’s just part of a being a bookworm… too many books, too little time. 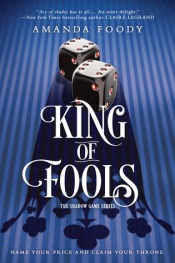 King of Fools (The Shadow Game, #2) by Amanda Foody

I read the first book in this series when it came out and really enjoyed it. I was super excited for this sequel… and then totally forgot about it when it was released. Does anyone else do this too or is it just me? We should start a club.

On the quest to find her missing mother, prim and proper Enne Salta became reluctant allies with Levi Glaisyer, the city’s most famous con man. Saving his life in the Shadow Game forced Enne to assume the identity of Seance, a mysterious underworld figure. Now, with the Chancellor of the Republic dead and bounties on both their heads, she and Levi must play a dangerous game of crime and politics…with the very fate of New Reynes at stake.

Thirsting for his freedom and the chance to build an empire, Levi enters an unlikely partnership with Vianca Augustine’s estranged son. Meanwhile, Enne remains trapped by the mafia donna’s binding oath, playing the roles of both darling lady and cunning street lord, unsure which side of herself reflects the truth.

As Enne and Levi walk a path of unimaginable wealth and opportunity, new relationships and deadly secrets could quickly lead them into ruin. And when unforeseen players enter the game, they must each make an impossible choice: To sacrifice everything they’ve earned in order to survive…

Or die as legends. 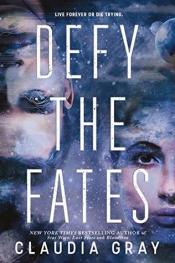 This series has been such a wild ride and I’ve loved every minute of it. I like to think that I’ve been putting off reading this finale because I’m just not ready for this story to end. Claudia Gray just gets me so well with her stories.

Abel only has one mission left that matters: save the life of Noemi Vidal. To do that, he not only has to escape the Genesis authorities, he also must face the one person in the galaxy who still has the means to destroy him. Burton Mansfield’s consciousness lives on, desperate for a home, and Abel’s own body is his last bargaining chip.

Alone in the universe.

Brought back from the brink of death, Noemi Vidal finds Abel has not only saved her life, but he’s made her into something else, something more. Not quite mech, yet not quite human any longer, Noemi must find her place in a universe where she is utterly unique, all while trying to create a world where anyone–even a mech–can be free.

The final battle between Earth and the colony planets is here, and there’s no lengths to which Earth won’t go to preserve its domination over all humanity. But together, the universe’s most advanced mech and its first human-mech hybrid might have the power to change the galaxy for good. 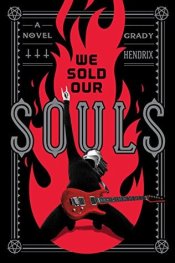 We Sold Our Souls by Grady Hendrix

I’ll admit that I got a signed ARC of this book at BookCon in 2018 and still haven’t read it. I’m not proud of that either. I still can’t believe I haven’t read this book either since it sounds like something that I’d really enjoy.

In the 1990s, heavy metal band Dürt Würk was poised for breakout success — but then lead singer Terry Hunt embarked on a solo career and rocketed to stardom as Koffin, leaving his fellow bandmates to rot in rural Pennsylvania.

Two decades later, former guitarist Kris Pulaski works as the night manager of a Best Western – she’s tired, broke, and unhappy. Everything changes when she discovers a shocking secret from her heavy metal past: Turns out that Terry’s meteoric rise to success may have come at the price of Kris’s very soul.

This revelation prompts Kris to hit the road, reunite with the rest of her bandmates, and confront the man who ruined her life. It’s a journey that will take her from the Pennsylvania rust belt to a Satanic rehab center and finally to a Las Vegas music festival that’s darker than any Mordor Tolkien could imagine. A furious power ballad about never giving up, even in the face of overwhelming odds, We Sold Our Souls is an epic journey into the heart of a conspiracy-crazed, paranoid country that seems to have lost its very soul…where only a girl with a guitar can save us all. 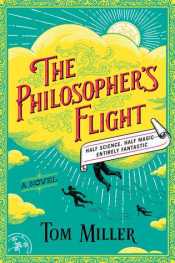 I got this book from Book of the Month Club when it first came out and yet here it still is, unread and alone. I’m pretty sure this is a story that I’ll love too. There’s really no reason for me not having picked it up yet.

Eighteen-year-old Robert Weekes is a practitioner of empirical philosophy—an arcane, female-dominated branch of science used to summon the wind, shape clouds of smoke, heal the injured, and even fly. Though he dreams of fighting in the Great War as the first male in the elite US Sigilry Corps Rescue and Evacuation Service—a team of flying medics—Robert is resigned to mixing batches of philosophical chemicals and keeping the books for the family business in rural Montana, where his mother, a former soldier and vigilante, aids the locals.

When a deadly accident puts his philosophical abilities to the test, Robert rises to the occasion and wins a scholarship to study at Radcliffe College, an all-women’s school. At Radcliffe, Robert hones his skills and strives to win the respect of his classmates, a host of formidable, unruly women.

Robert falls hard for Danielle Hardin, a disillusioned young war hero turned political radical. However, Danielle’s activism and Robert’s recklessness attract the attention of the same fanatical anti-philosophical group that Robert’s mother fought years before. With their lives in mounting danger, Robert and Danielle band together with a team of unlikely heroes to fight for Robert’s place among the next generation of empirical philosophers—and for philosophy’s very survival against the men who would destroy it. 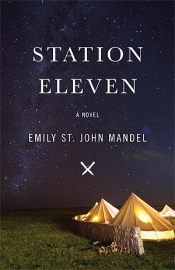 This is a beloved bestseller and I have yet to experience its beauty. But do not fear, I plan to finally pick up this beauty this year, especially since I want to read it before the adaptation is released.

Set in the days of civilization’s collapse, Station Eleven tells the story of a Hollywood star, his would-be savior, and a nomadic group of actors roaming the scattered outposts of the Great Lakes region, risking everything for art and humanity.

One snowy night a famous Hollywood actor slumps over and dies onstage during a production of King Lear. Hours later, the world as we know it begins to dissolve. Moving back and forth in time—from the actor’s early days as a film star to fifteen years in the future, when a theater troupe known as the Traveling Symphony roams the wasteland of what remains—this suspenseful, elegiac, spellbinding novel charts the strange twists of fate that connect five people: the actor, the man who tried to save him, the actor’s first wife, his oldest friend, and a young actress with the Traveling Symphony, caught in the crosshairs of a dangerous self-proclaimed prophet. 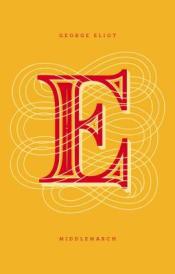 I finally started on this classic last summer and I haven’t picked it up since… FOR SHAME, LARKIN.

Taking place in the years leading up to the First Reform Bill of 1832, Middlemarch explores nearly every subject of concern to modern life: art, religion, science, politics, self, society, human relationships. Among her characters are some of the most remarkable portraits in English literature: Dorothea Brooke, the heroine, idealistic but naive; Rosamond Vincy, beautiful and egoistic: Edward Casaubon, the dry-as-dust scholar: Tertius Lydgate, the brilliant but morally-flawed physician: the passionate artist Will Ladislaw: and Fred Vincey and Mary Garth, childhood sweethearts whose charming courtship is one of the many humorous elements in the novel’s rich comic vein. 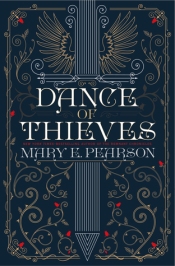 As someone who became obsessed with The Remnant Chronicles, I cannot wait any longer to finally read this new story in the same world.

A formidable outlaw family that claims to be the first among nations.

A son destined to lead, thrust suddenly into power.

A legendary street thief leading a mission, determined to prove herself.

A dark secret that is a threat to the entire continent.

When outlaw leader meets reformed thief, a cat-and-mouse game of false moves ensues, bringing them intimately together in a battle that may cost them their lives―and their hearts.