I cannot truly convey how excited I was to pick up The Kingdom of Copper (The Daevabad Trilogy, #2) by S.A. Chakraborty. I absolutely adored the first novel and have been dying for this release ever since I finished it.

S. A. Chakraborty continues the sweeping adventure begun in The City of Brassconjuring a world where djinn summon flames with the snap of a finger and waters run deep with old magic; where blood can be dangerous as any spell, and a clever con artist from Cairo will alter the fate of a kingdom.

Nahri’s life changed forever the moment she accidentally summoned Dara, a formidable, mysterious djinn, during one of her schemes. Whisked from her home in Cairo, she was thrust into the dazzling royal court of Daevabad—and quickly discovered she would need all her grifter instincts to survive there.

Now, with Daevabad entrenched in the dark aftermath of a devastating battle, Nahri must forge a new path for herself. But even as she embraces her heritage and the power it holds, she knows she’s been trapped in a gilded cage, watched by a king who rules from the throne that once belonged to her family—and one misstep will doom her tribe..

Meanwhile, Ali has been exiled for daring to defy his father. Hunted by assassins, adrift on the unforgiving copper sands of his ancestral land, he is forced to rely on the frightening abilities the marid—the unpredictable water spirits—have gifted him. But in doing so, he threatens to unearth a terrible secret his family has long kept buried.

And as a new century approaches and the djinn gather within Daevabad’s towering brass walls for celebrations, a threat brews unseen in the desolate north. It’s a force that would bring a storm of fire straight to the city’s gates . . . and one that seeks the aid of a warrior trapped between worlds, torn between a violent duty he can never escape and a peace he fears he will never deserve.

Building off the incredible world-building in book one, Chakraborty continues to expand upon this fantastical world. We get a little bit more background information on both the back-and-forth fighting between Daeva and djinn, as well as getting to know more about the marid and ifrit. I think it helped clarify some lingering questions I had in the first book, as well as refresh my memory (since of course I forgot a lot of stuff since reading the first book last year upon its release). Minor Spoiler (but not really!)… I thought it was an interesting choice to jump 5 years into the future in this book. That might be my one criticism, as it seemed that some of the characters went through some development during that time but we didn’t get to experience that growth with them. This caused a little bit of disconnect between me and them, especially Nahri, whom I adored in the first novel.

Speaking of Nahri… I felt like she went through the most change during that 5 year interval and perhaps not in the best way. In the first book we saw her struggling to fit in among her own people, as well as struggling with their traditions and faith. However, now she’s completely found her stride and even calling them “her tribe”. It was something I wish we hadn’t gotten experience that relationship building along with her, rather than just basically being told it happened. Other than that, Nahri was the same personality-wise. She’s still fierce and always willing to fight for what she wants, especially if it means doing the opposite of what the Qhatani want. I think Ali probably changed the least overall. He’s still rigid on his sense of right and wrong, which continues to get him into trouble with his family. However, I find myself pretty much always agreeing with him. He reminds me of me, in that we probably don’t always think of the best course of action and instead just react immediately. And then there’s my poor Dara.. He’s still living with a lifetime of regret and is once again being thrust into a position that he doesn’t agree with. Honestly, I just want everyone to leave him alone and let him go live happily ever after. He’s always getting the shit end of the stick and I hate that! 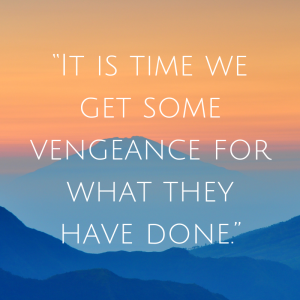 I loved that this book had even more political intrigue than the first one. I always appreciate how much thought and planning goes into political scenes in novels. There are always so many twists and turns that I never see coming. With that being said, if you aren’t the biggest fan of political intrigue and prefer more of action-based story, then you might not enjoy this book as much. Real action is used sparingly throughout and really only plays a huge factor in the climax. But for me, give me all of the political power plays! I will never say no to that kind of tension in a story. I feel it always adds an extra level of suspense that can really elevate the reading experience.

Overall, this book was a fantastic sequel to The City of Brass. I loved how Chakraborty expanded even more on the conflicts between the tribes, as well as the marid and ifrit. I also felt that the tension was amped up even more in this book. I think that was a great way to prepare the readers for what will come next in the finale. I was a little surprised by Nahri’s character development, but it didn’t really affect my overall enjoyment of the story. I just know that I cannot wait to see how it will all end! (Hopefully, with a nice relaxing retirement for Dara.)

Have you read The Kingdom of Brass? What did you think with the five year leap? Do you think that it negatively affected Nahri as a character?

9 thoughts on “Book Review: The Kingdom of Copper (The Daevabad Trilogy, #2)”