I was originally sorted into a Hogwarts house a few years ago on Pottermore. Now, this was long before the new updated sorting system, and I was sorted into Gryffindor. While I do agree that I fit into Gryffindor, I always had a little inkling in the back of my mind that I could be in Ravenclaw, too. Well a few days ago, I decided to redo my Pottermore account and take the new sorting quiz to verify my House, as I had heard that some people were actually getting sorted into different Houses. And y’all, I’ll be damned if that didn’t happen to me! It’s official, I am a Ravenclaw, just as I had always suspected!

So in honor of my new House, I decided to list a few books that you are most likely to see a Ravenclaw reading. Yippee! 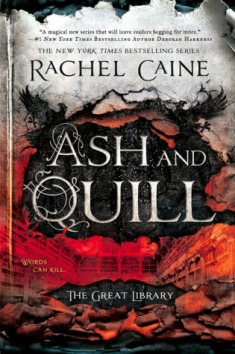 Okay, this is a series set in an alternate history where the Great Library of Alexandria never burnt down, but ended up becoming a universal government that controls all of the knowledge and writings ever created. It’s a story about books, knowledge, and a library. I think it’s a no-brainer for any Ravenclaw!

Ruthless and supremely powerful, the Great Library is now a presence in every major city, governing the flow of knowledge to the masses. Alchemy allows the Library to deliver the content of the greatest works of history instantly—but the personal ownership of books is expressly forbidden.

Jess Brightwell believes in the value of the Library, but the majority of his knowledge comes from illegal books obtained by his family, who are involved in the thriving black market. Jess has been sent to be his family’s spy, but his loyalties are tested in the final months of his training to enter the Library’s service.

When his friend inadvertently commits heresy by creating a device that could change the world, Jess discovers that those who control the Great Library believe that knowledge is more valuable than any human life—and soon both heretics and books will burn…

2. Carry On by Rainbow Rowell

A magic school? Check! I think that makes it a no-brainer. Ravenclaws would definitely be reading this book!

Simon Snow is the worst chosen one who’s ever been chosen.

That’s what his roommate, Baz, says. And Baz might be evil and a vampire and a complete git, but he’s probably right.

Half the time, Simon can’t even make his wand work, and the other half, he sets something on fire. His mentor’s avoiding him, his girlfriend broke up with him, and there’s a magic-eating monster running around wearing Simon’s face. Baz would be having a field day with all this, if he were here—it’s their last year at the Watford School of Magicks, and Simon’s infuriating nemesis didn’t even bother to show up.

Carry On is a ghost story, a love story, a mystery and a melodrama. It has just as much kissing and talking as you’d expect from a Rainbow Rowell story—but far, far more monsters.

3. The Storied Life of A.J. Fikry by Gabrielle Zevin

A book about how much books affect our lives and shape us into who we are. And the main character owns a bookstore!…Yup, I would almost bet that Zevin is a Ravenclaw.

A. J. Fikry’s life is not at all what he expected it to be. His wife has died, his bookstore is experiencing the worst sales in its history, and now his prized possession, a rare collection of Poe poems, has been stolen. Slowly but surely, he is isolating himself from all the people of Alice Island—from Lambiase, the well-intentioned police officer who’s always felt kindly toward Fikry; from Ismay, his sister-in-law who is hell-bent on saving him from his dreary self; from Amelia, the lovely and idealistic (if eccentric) Knightley Press sales rep who keeps on taking the ferry over to Alice Island, refusing to be deterred by A.J.’s bad attitude. Even the books in his store have stopped holding pleasure for him. These days, A.J. can only see them as a sign of a world that is changing too rapidly.

And then a mysterious package appears at the bookstore. It’s a small package, but large in weight. It’s that unexpected arrival that gives A. J. Fikry the opportunity to make his life over, the ability to see everything anew. It doesn’t take long for the locals to notice the change overcoming A.J.; or for that determined sales rep, Amelia, to see her curmudgeonly client in a new light; or for the wisdom of all those books to become again the lifeblood of A.J.’s world; or for everything to twist again into a version of his life that he didn’t see coming.

That Jane has read book on all sorts of random things. The amount of knowledge she has is insane. I bet she would even be at the top of her class at Hogwarts, basically a Hermione twin!

The comical, fantastical, romantical, (not) entirely true story of Lady Jane Grey. In My Lady Jane, coauthors Cynthia Hand, Brodi Ashton, and Jodi Meadows have created a one-of-a-kind fantasy in the tradition of The Princess Bride, featuring a reluctant king, an even more reluctant queen, a noble steed, and only a passing resemblance to actual history—because sometimes history needs a little help.

At sixteen, Lady Jane Grey is about to be married off to a stranger and caught up in a conspiracy to rob her cousin, King Edward, of his throne. But those trifling problems aren’t for Jane to worry about. Jane is about to become the Queen of England.

5. The Magicians Trilogy by Lev Grossman

Another magical school but this time a college. And a school that requires passing a test to get in? Ravenclaws are always looking forward to a reason to use their knowledge, wits, and creativity! I think that school is full of Ravenclaws.

Like everyone else, precocious high school senior Quentin Coldwater assumes that magic isn’t real, until he finds himself admitted to a very secretive and exclusive college of magic in upstate New York. There he indulges in joys of college-friendship, love, sex, and booze- and receives a rigorous education in modern sorcery. But magic doesn’t bring the happiness and adventure Quentin thought it would. After graduation, he and his friends stumble upon a secret that sets them on a remarkable journey that may just fulfill Quentin’s yearning. But their journey turns out to be darker and more dangerous than they’d imagined. 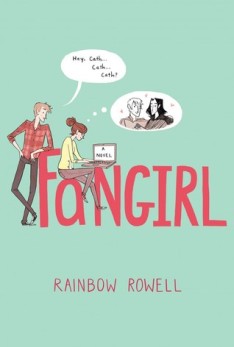 Cath is a total Ravenclaw. She’d rather spend time with her books and writing fan-fiction than out partying? Ohhhh yeah, she’s a Ravenclaw.

Cath is a Simon Snow fan.

Okay, the whole world is a Simon Snow fan…

But for Cath, being a fan is her life—and she’s really good at it. She and her twin sister, Wren, ensconced themselves in the Simon Snow series when they were just kids; it’s what got them through their mother leaving.

Reading. Rereading. Hanging out in Simon Snow forums, writing Simon Snow fan fiction, dressing up like the characters for every movie premiere.

Cath’s sister has mostly grown away from fandom, but Cath can’t let go. She doesn’t want to.

Now that they’re going to college, Wren has told Cath she doesn’t want to be roommates. Cath is on her own, completely outside of her comfort zone. She’s got a surly roommate with a charming, always-around boyfriend, a fiction-writing professor who thinks fan fiction is the end of the civilized world, a handsome classmate who only wants to talk about words… And she can’t stop worrying about her dad, who’s loving and fragile and has never really been alone.

For Cath, the question is: Can she do this?

Can she make it without Wren holding her hand? Is she ready to start living her own life? Writing her own stories?

And does she even want to move on if it means leaving Simon Snow behind?

7. Little Women by Louisa May Alcott

I think Jo, who is a strong, creative, independent woman, would make a wonderful Ravenclaw.

Following the lives of four sisters on a journey out of adolescence, Louisa May Alcott’s Little Women explores the difficulties associated with gender roles in a Post-Civil War America.

8. Pride and Prejudice by Jane Austen

In this historic romance, young Elizabeth Bennet strives for love, independence and honesty in the vapid high society of 19th century England.

9. A Song of Ice and Fire Series by George R.R. Martin

Ravenclaws enjoy using their wits, wisdom, intuition, and creativity. All of the political intrigue and strong characters in this series are the perfect combination to spark the minds and interest of a Ravenclaw. In fact, I bet Khaleesi would be a Ravenclaw and Arya would be a Slytherin. Obviously, Jon Snow is a Gryffindor. Right?!

In a land where summers can last decades and winters a lifetime, trouble is brewing. The cold is returning, and in the frozen wastes of the north of Winterfell, sinister and supernatural forces are massing beyond the kingdom’s protective Wall. At the center of the conflict lie the Starks of Winterfell, a family as harsh and unyielding as the land they were born to. Sweeping from a land of brutal cold to a distant summertime kingdom of epicurean plenty, here is a tale of lords and ladies, soldiers and sorcerers, assassins and bastards, who come together in a time of grim omens. Amid plots and counterplots, tragedy and betrayal, victory and terror, the fate of the Starks, their allies, and their enemies hangs perilously in the balance, as each endeavors to win that deadliest of conflicts: the game of thrones.

Anne is one spunky chick, with a super good creative and individual outlook on life. Her fight to be number one in her class is like music to my ears. And she meets the love of her life while doing it? That girl is living the Ravenclaw dream.

Everyone’s favorite redhead, the spunky Anne Shirley, begins her adventures at Green Gables, a farm outside Avonlea, Prince Edward Island. When the freckled girl realizes that the elderly Cuthberts wanted to adopt a boy instead, she begins to try to win them and, consequently, the reader, over.

And there you have it. If you see anyone walking around and reading one of these books, then chances are, they’re a Ravenclaw. So when you see one of us out and about, be sure to stop and say hi! 😉

So what did you think of my list? What are some other books that you think a Ravenclaw would be reading? Do you disagree with any of the choices on this list? What House are you sorted into and what books would one of those members be reading?